How Long Will We Be Caught Between Two Opinions?

When I saw the news today regarding the state of emergency declared in Charlottesville after protests turn violent, my spirit was sorely grieved.  I am originally from Virginia and it breaks my heart to hear of such a violent outbreak in Charlottesville, VA.

Earlier this morning I was pondering how much God loves people.  So much so that He sent His only begotten Son to die on our behalf.

I often wonder what must God be thinking.

It’s time to wake up America and drain the swamp of social and political injustice, racism, bigotry, abortion, poverty. . . We are a nation under siege. The Bible says, when we hear of wars and rumors of wars we are not to be alarmed.  That nation would rise against nation, and kingdom against kingdom.  Yet the battle is not against flesh and blood, but principalities and rulers in high, unseen places.  Mark 13:7-8

It’s time to wake up Church, and become the salt and light of the earth.  Jesus paid a hefty price with His life for ALL who would believe on His Name.  How long will we hesitate and tolerate what we know to be contrary to God’s truth! As believers we can no longer waiver between the right or the left. We can no longer say nothing, while waiting for someone else to step in and fix this mess.  We are to be His witnesses! The gospel of the Kingdom must be preached!

“Wake up, sleeper, rise from the dead, and Christ will shine on you.” Ephesians 5:14

“We must wake ourselves up! Or somebody else will take our place, and bear our cross, and thereby rob us of our crown.” –William Booth

GOD IS LOVE! And we are called to love one another, just as we love ourselves.

If God is for us than who can be against us! It’s time for the Church to ARISE! We can impact this world!

← Obsession
Are You Starving Spiritually? → 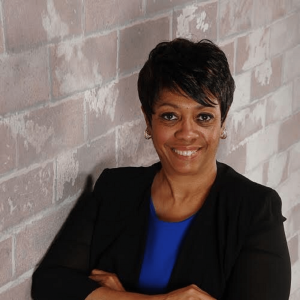