“The Lord gives the word; the women who announce the news are a great host:”

For the past eight years, beginning in 2009 the Lord has been preparing me to equip women to know the understand and authority in Christ, and to know the importance of their destiny in Him. We have a pivotal role in the God’s plans for whatever sphere of influence we have been given as well as for the nations of the world. Awaken to the importance of your destiny, and step into the purposes the Lord has for you.

Now is the time we will see the manifestation of what was declared in Psalm 68:11. Women are arising with a new level of boldness, perseverance and unwavering faith. The Lord is calling women to arise to bring transformation to their families, workplaces, spheres of influence, region and nations.

Many women across the world don’t know their true value or the importance of their destiny. They are restricted from walking in the fullness of the plans the Lord has for them, as they have believed they are of little value and they don’t feel they have, or can have, much impact. The Lord is bringing a shaking to the Body of Christ and this shaking will see multitudes of women arise. The shaking will remove old mindsets and ways that are not in-line with God’s plans or ways.

This is a time of awakening for the women of God. The Bible tells us of many women who transformed their world. Deborah was such a woman who was awakened to God’s purposes and was used as an agent of transformation. In Judges 4, we read of Deborah, Israel’s judge and prophet, who joined with Barak, Israel’s general, to defeat the Canaanites. Deborah accompanied Barak in accomplishing God’s purpose. Deborah brought restoration to her land.

Queen Esther was awakened and saved a nation from destruction by the hands of Haman.  The Old Testament story of Esther is a portrait of grace, courage, strength and dignity and contains many modern parallels for women today.

Now is the hour that women are arising with an authority and influence that will transform societies. The Lord is raising up passionate women filled with faith who can bring forth God’s purposes in the nations. These women will perceive the new move of God. I encourage you to begin to pray in accordance with God’s plan for your family, region of influence and nation, so we will begin to see God’s plans manifest. 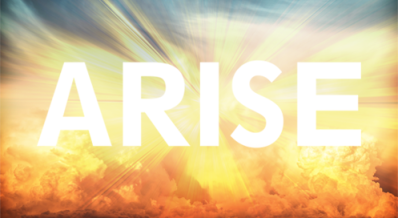 Daughter of the King, now is the time to arise! You are pivotal in God’s plan to transform your area for His Kingdom. Arise in the power of His Spirit. Believe who you are in Christ and know the importance of your destiny. Exercise the unique gifts the Lord has given you and step into the calling on your life at this strategic time in history. Arise for this is your finest hour!

Realize the importance of what God has entrusted to you. Now is the time to shake off the shackles!

You are the daughter of a King!

← Rebound in the Spirit
Is There Middle Ground? →