The Book of Romans Series (Part 3) 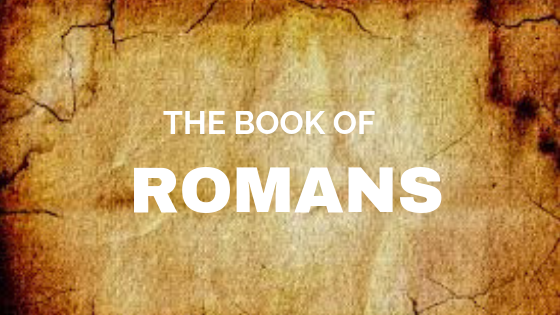 In Part 2 of this series I posed a question: “What would the Apostle Paul say today about America or your city or town? In a culture that has evolved from not only sexual immorality and idolatry to encompass an unrighteous agenda with flagrant disrespect for biblical truths how do we as Christians influence change in our society?

I want to share with you a few excerpts from ‘Strength to Love’ by Dr. Martin Luther King, Jr that I felt were profound in light of what I see happening in America today. In this book Dr. King shares an imaginary letter from the Apostle Paul, “Paul’s Letter to American Christians.”  It begins with: “I would like to share with you an imaginary letter from the pen of the Apostle Paul.” [1]

The opening of the letter is written in the Apostle’s typical writing style of personalizing his letters and personally connecting with his audience. The letter’s opening expresses the Apostle’s longing to see American Christians. He blesses in typical Paulinian style and lets them know that he longs to them,  he has heard of what they are doing, and how fascinating and astounding advances had been made in the scientific realm. Then the Apostle says, “But America, I wonder whether your moral and spiritual progress has been commensurate with your scientific progress.”  “It appears to me that your moral progress lags behind your scientific progress, your mentality outdistances your morality, and your civilization outshines your culture.” [2]

WOW! With all the progress that has been made scientifically, we’ve made very little progress spiritually as a nation. As a matter of truth America’s moral and spiritual decline has reached a critical point. But there is hope!

Getting back to Dr. King’s letter. In true Paulinian style, the Apostle reminds us that our responsibility as Christians is to represent the ethical principles of Christianity amid a time that popularity disregards them. A task that was laid on the Apostle during his day.

“I understand that there are many Christians in America who give their ultimate allegiance to man-made systems and customs. They are afraid to be different. Their great concern is to be accepted socially. They live by some such principle as this: “Everybody is doing it, so it must be all right.” “For many of you morality merely reflects group consensus.”

I can’t include all of what is written in this imaginary letter, so I’ll end with this:

”American Christians, I must say to you what I wrote to the Roman Christians years ago: “Be not conformed to this world: but be transformed by renewing of your mind.” You have dual citizenry.  You live both in time and eternity.  Your highest loyalty is to God, and not to mores or the folkways, the state or the nation, or any man-made institution.  If any earthly institution or custom conflicts with God’s will, it is your duty to oppose it.  You must never allow the transitory, evanescent demands of man-made institutions to take precedence over the eternal demands of the Almighty God.  In a time when men are surrendering the high values of faith you must cling to them and despite the pressure of an alien generation preserve them for your children yet unborn. You must be willing to challenge unjust mores, to champion unpopular causes, and to buck the status quo.  You are called to be the salt of the earth.  You are the light of the world. You are to be that vitally active level in the lump of the nation.” [3]

To the church he says, “I must remind you, as I have told many others, that the church is the Body of Christ. When the church is true to its nature, it knows neither division nor disunity.” “I am told that within the American Protestantism there are more than two hundred and fifty denominations. The tragedy is not merely that you have such a multiplicity of denominations, but that many groups claim to possess absolute truth. Such narrow sectarianism destroys the unity in the Body of Christ. God is neither Methodist, Presbyterian, nor Episcopalian. God transcends our denomination.  If you are to be true witnesses for Christ, you must come to know this, America.”  [4]

Yet, Paul says in Ephesians 4:5-6 (TPT) 5 For the Lord God is one, and so are we, for we share in one faith, one baptism, and one Father. 6 And He is the perfect Father who leads us all, works through us all, and lives in us all!

I would say that if the Apostle Paul would come to the church, he would once again remind us of our true identity in Christ as believers and saints and the “gospel” message. Reminding us that we are the “righteousness of God in Christ.” We are responsible as God’s elect, those whom He predestined before the foundation of the world to be holy and blameless in his sight.

“And he chose us to be his very own, joining us to himself even before he laid the foundation of the universe! Because of his great love, he ordained us, so that we would be seen as holy in his eyes with an unstained innocence.” (Ephesians 1:4 TPT)

As Charles Finney, American Presbyterian minister/revivalist, understood all aspects of society had to be changed in order for revival to take place. I believe reformation is coming to aspects of the Church and to society.  I also believe revival is coming. I don’t know what that will look like, but it will not look the way it does today!

Read The Book of Romans,  The Book Of Romans (Part 2)

← Salt and Light
We Are The Church, the Ekkelsia →