What Is The Source Of All The Quarreling? 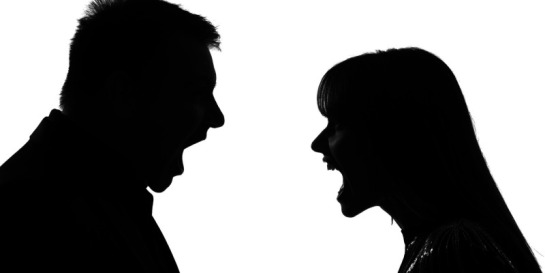 This morning I was pondering what would it take for this nation to have peace among its leaders and citizens. I then thought of 2 Chronicles 7:14 which says “if my people who are called by my name would HUMBLE themselves and PRAY I will HEAL their land.”

Looking at the daily headlines, there is controversy on a grand scale  This country prides itself on being a nation founded on biblical principles of which prayer would be a part of that foundation, yet prayer was taken out of schools.

I began to ponder over the key words humble, pray and heal. Instead of constant bickering, nitpicking and bureaucratic infighting we should be displaying humility, praying fervently and believing that the Lord hears, forgives our sinfulness as a nation and will bring healing to the hearts of the people.

In 2 Chronicles 2, after building the temple, King Solomon prayed and blessed the Lord God of Israel for fulfillment of His covenant promise (2 Chr. 6). The Lord God answered Solomon’s prayer by sending fire from heaven to consume the sacrifices. In Chapter 7, God appeared to Solomon in the night. He promised to answer the prayers of His people that should at any time be made in temple.  What was required? National repentance, prayer, and reformation. He then promised, that He will forgive their sin, which brought the judgment upon them, and then heal their land, and redress all their grievances.

There is power in humility. Christ was humble in His submission toward God. Laying down His life for sinners to once again have access to the Father. To be humble is not to be proud or haughty. Humility is not arrogant or assertive. It is reflecting, expressing, or offered in a spirit of deference or submission.

Prayer changes things. Prayer moves God’s heart. It is asking God to act. “One of the greatest things you can do for another person is to pray for him or her—or for that nation, the unsaved, the church, an organization, family, friend, or an enemy.” – R.T. Kendall

Healing the land would benefit all its inhabitants. Healing means making whole or well. Hosea 6:1 reads, “Come, let us return to the LORD. He has torn us to pieces but he will heal us; he has injured us but he will bind up our wounds.”

What is the source of conflict, fighting, and struggle within this nation? The Apostle James would say “Don’t they come from your desires that battle within you?” (James 4:1)

There is a battle raging within to have it’s own desires fulfilled, yet that’s not how it should be. This desire leads to murder and slandering one another with our words. Coveting but never getting what you want, so you quarrel and fight over issues that are resolvable. We do not have peace and healing because we are not asking God in prayer with right motives.

America needs to be bathed in prayer daily. Hearts can be shaped and changed by prayer.  A nation that returns to God with a spirit of prayer, that is continually asking for His grace and healing, will experience the power of God’s amazing grace to heal.

God’s eyes are opened and His ears are attentive when we pray. What I’ve noticed is that many of God’s servant leaders would pray for forgiveness of the sins of the nation and people when petitioning God. Are we humble enough to set our differences aside, pray, ask God for forgiveness so that our land can be healed?

The Lord has told us “what is good; and what He requires of you: Act justly, love kindness, and to walk humbly with your God” (Micah 6:8).

When we understand what God requires of His people we will be inclined to “consider our ways” and pray effectively with sincere hearts.

Let’s stand together and pray for God to heal our land, and strengthen His people. Let’s pray for all those in authority to become servant leaders. Let’s pray for God’s miraculous intervening, for blind eyes to be opened, for many to see the power of our Lord as never before.