Be alert and of sober mind. Your enemy the devil prowls around like a roaring lion looking for someone to devour. 1 Peter 5:8

Women have been deceived since the beginning of creation. Eve, the mother of all living, was the very first woman to be deceived by the serpent in the Garden Of Eden. What happened?

After all that God had said and done for the first couple how could Eve allow herself to be deceived by Satan. She was beguiled by the serpent to to believe God was holding out on them. The woman was convinced just like that! In a matter of moments. She was convinced that she could not trust God’s heart towards her. Convinced that to have the best possible life, she had to take matters into her own hands. Today, we would call it a woman’s right to choose what’s in her best interest.

Deceit is the intentional misleading or beguiling of another. Deception is the act of causing someone to accept as true or valid what is false or invalid : the act of deceiving.

How does he deceive us today? I’ll share more about the ways Satan has deceived women throughout the years in my next post.

God has a redemptive plan for women. In the next post I will also share more about the traps Satan sets for women and God’s plan of redemption. 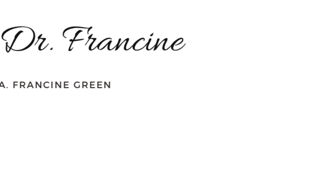 ← Pursuing Justice
Matters Of The Heart →