Positioned to Proclaim the Gospel of the Kingdom 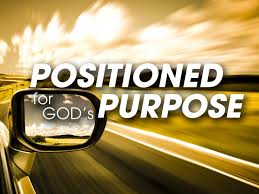 Repost from Daughter of the King: Possessing Your Spiritual Inheritance blog November 9, 2016

”And this gospel of the kingdom will be preached in the whole world as a testimony to all nations, and then the end will come. Matthew 24:14

The Apostle Paul on his second missionary journey after arriving in Athens and while waiting on the rest of the team to arrive looked around and was greatly distressed to see that the city was full of idols.  He could see what the Athenians valued and, what they worshiped. As we look around our nation we see similar idols in our day: money, success, appearance, fame, pleasure, power, and self. Paul was so distressed by what he saw that he tried to reason with the synagogue (a Jewish assembly or congregation) or the church, and the marketplace where the philosophers gathered every day. Acts 17:16-17

His teaching on Jesus and the resurrection was new to them, so they invited him to explain what he was talking about.  The Holy Spirit opened a door for Paul, and he seized the opportunity to preach the gospel. The Apostle Paul piqued their interest such that they wanted to hear and listen to what Paul had to say.

Paul saw that the people of Athens were very religious.  He even took time to observe the objects they worshipped and found also an altar with this inscription: to an unknown god. So he proclaimed to them that the God they worshipped is  unknown, and then he simply presented the truth: There is one God who created everything (17:24); God is the sovereign Lord who rules over heaven and earth; He has appointed one man (Jesus) to judge all people for their sin and idolatry, proving his authority by raising him from the dead; God commands all people to repent and put their faith in Jesus alone to be forgiven and saved from this coming judgment.

Like Paul, as we look upon the many things people worship in today’s culture, our spirit should be motivated within us, moving us to speak and share the gospel of the Kingdom with all who are willing to listen.  In the middle of his message, Paul made a point in verse 26 -27 that has important significance for how we evangelize today. From one man he made all the nations, that they should inhabit the whole earth; and he marked out their appointed times in history and the boundaries of their lands. God did this so that they would seek him and perhaps reach out for him and find him, though he is not far from any one of us. Acts 17:26

As Creator of heaven and earth, all nations and all people groups, God has determined our times and places. He has established the exact dates for the rise and fall of kingdoms and empires.  The purpose for this divine positioning is so that “they would seek him.” Acts 17:27

God has positioned us to preach the gospel of the kingdom wherever we reside.  He has set the boundaries of our habitation.  It is not a coincidence where God has placed you.  Where you live and work is no accident.  Each one of us has been positioned to share the gospel of the kingdom with our family, friends, neighbors and co-workers within our sphere of influence.

Twenty-five years ago, I moved to the Washington DC metro area.  It’s no strange thing to me that God positioned me here at this appointed time.

God Sets boundaries. Scripture says, “I will establish your borders from the Red Sea to the Mediterranean Sea, and from the desert to the Euphrates River. I will give into your hands the people who live in the land, and you will drive them out before you.” Exodus 23:31

Now is the time to step into your place. May God use you powerfully to build His kingdom!