Don’t Get Stuck In The Transition 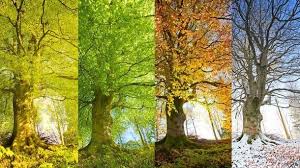 “How many feel as if you have been in a significant and prolonged season of transition?”

In Genesis 8:22 we see that God established seasons from the beginning of creation.  The seasons are changing.  Discern the transition and position yourself correctly in the midst of it.

All of us experience seasons of transition in our life. In seasons of transition, we are tested and stretched by new circumstances and relationships, and it can be tempting to look back and cling to the certainty and comfort of the last season while steeling our emotions against the uncertainty of what’s to come. But the Lord calls us to move with Him through the seasons of life and trust His work and timing.

In a season of transition things shift, and things can shift kind of quickly. God uses trials and tests during a time of transition to build your character and prepare you for your inheritance. Learn to trust God on a new level. We must be close enough to God to hear His voice, to walk closely with Him.

The children of Israel got stuck in the transition from Egypt on the way to the land of promise. When transition is upon you, you cannot afford to get stuck in your mind hoping for what was yesterday. You’re transitioning into something totally new. Don’t allow disobedience and unbelief to cause you to become unfruitful in this season!

Every transition has a time limit. Ecclesiasties says,  “There is a time for everything, and a season for every activity under the heavens:”. “Time”in this verse refers to the appointed or set time. Every aspect of life and human existence is governed by the seasons of God in accordance with His sovereign timetable. The Apostle Paul confirms this in Acts 17:26, “From one man he made all the nations, that they should inhabit the whole earth; and he marked out their appointed times in history and the boundaries of their lands.” We must learn to align our lives with God’s timetable. We need discernment to read the signs of the time and make the right move; otherwise, we can get stuck in the transition.

Transitions can be painful, but necessary to experience a whole new level in Christ. We go from faith to faith and glory to glory during seasons of transition. It’s important that we handle the time of transition correctly in order to prevent a negative impact as we move into our next season. We must hold firmly to our confidence and the hope in which we glory.

Hebrews 3:7-8 says, “So, as the Holy Spirit says: “Today, if you hear his voice, do not harden your hearts,”  If our hearts become hardened we fail to enter God’s rest.

During this season, many are going through massive spiritual warfare. The enemy will attempt to get you to give up in the midst of the battle.  He will try to discourage you

At your darkest moments when it looks as though you will fail, God says, “I will not let you fail.” “I’ve got you!”

Dr. Francine is an ordain minister of the gospel of Jesus Christ. She has a radio broadcast called “Going Beyond Church” on World Power Gospel Radio (WPGR).  You can listen live by phone 712-775-8151. Connect with Dr. Francine on Facebook at @afrancinegreen as well as on Twitter @beyond_2017. Visit her website at http://www.beyondchurchwalls.com.